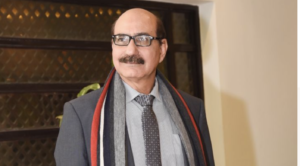 Two DMV teens were arrested in connection to the murder of an Uber eats driver after they stunned him with a taser, attempted to carjack his vehicle and killed him in Washington, D.C. They were charged with felony murder and armed carjacking.

According to D.C.’s Metropolitan Police Department, officers responded to a car crash on the afternoon of March 23. The teenage girls, ages 13 and 15, reportedly attacked 66-year-old Mohammad Anwar in an effort to steal his vehicle.

Related Story: DC MAYOR MURIEL BOWSER URGES PEOPLE TO AVOID D.C. FOR INAUGURATION, PLANS TO HAVE UP TO 15,000 NATIONAL GUARD TROOPS ON HAND

A bystander caught the gutwrenching final moments before the violent car crash on video.

In the footage, Anwar struggled with the girls to prevent them from taking his car. The older gentleman clung to the vehicle as the suspects sat in the driver and passenger seats, preparing to speed off in the Honda. He could be heard yelling, “They’re thieves. This is my car!”

The girls stabbed off in the newer-model vehicle with   Anwar clinging to the car’s frame. Moments later, the teens crashed at the end of the block, with the automobile ending up on its side. The impact flung Anwar several feet from the car as the suspects tried to escape through the car window. The National Guard was on the scene while bystanders called the police and the paramedics for the badly-injured man. People on the video could be heard telling military personnel and officers that the two were trying to steal Anwar’s car at the time of the crash.

Paramedics took Anwar to the hospital, where he later died.

A  D.C. detective told Fox News 45 that the two culprits arranged to hook up to carjack an unsuspecting victim. Because the girls are minors, their names couldn’t be published.

Lehra Bogino– his niece, set up a GoFundMe for Anwar. The Pakistani immigrant was described as a devout family man and a “hard worker.” He was working to deliver an Uber Eats order at the time of the incident, the fundraising page detailed.

His family asked for $100,000 to give him a traditional Muslim funeral. The donation site has raised over three times that amount.