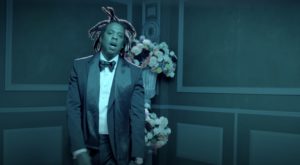 In an interview with The Sunday Times Style, Jay-Z explained why he doesn’t use social media as much as one would believe he ought to—he is cautious of getting canceled.

The Hill reported that when the 51-year-old HOV, was asked if he was 20 years younger and just starting out in the music industry, would he use social media more often. He replied simply saying, “No.”

Jay-Z also said he does not believe cancel culture—the practice of withdrawing support for something or someone after they have done or said something considered objectionable or offensive—is not going away soon.

The billionaire rapper then compared social media to having a 24/7 microphone, saying “You can’t give someone a microphone for 24 hours a day and [have them] not think they have to use it [… I] feel a bit sorry for the younger stars coming up today.”

“These kids, it’s unbelievable. Imagine having a microphone and you’re asked about social justice questions at 18 years old? It’s like, ‘What? I’m meant to know the answer, and if I don’t answer the correct way, if I don’t say everything right, even if my intentions are right, and I don’t say the same right thing, it’s going to be everywhere,” he said during the interview.

In some regards, Jay-Z has been ‘canceled’ without him personally being involved on social media for the following: cheating on his wife, Beyoncé, and his controversial partnership with the NFL after advocating for Colin Kaepernick’s return.

Not to mention, Jay-Z has expressed his political views and has lyrics some people on social media might strongly disagree with.

Sixty-four percent of respondents in a recent Harvard CAPS-Harris Poll said the “growing cancel culture” in society is threatening their freedom of speech. On the other hand, 36% said they did not view it as a threat to their freedom, The Hill reported.