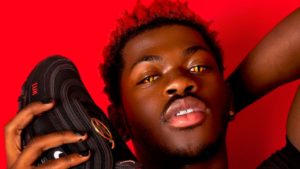 The lawsuit between Nike and Lil Nas X’s “Satan Shoes” has been settled.

The Old Town Road rapper unveiled a controversial, modded Nike Air Max 97 to go alongside his video for “Montero (Call Me by Your Name).”

Related stories: LIL NAS X IS PROMOTING HIS ‘SATAN SHOES,’ DOES NOT CARE ABOUT CRITICS

However, the outlandish promotion was so effective that Nike sued MSCHF, Brooklyn-based designing label, with a trademark infringement for deceiving consumers, Huffington Post reported.

“We do not have a relationship with Little Nas X or MSCHF,” Nike said in a statement. “Nike did not design or release these shoes and we do not endorse them.”

The shoes, a part of a limited campaign where only 666 numbered pairs exist, allegedly decorated with real blood, were not something Nike wanted to be associated with.

Although Nike had no involvement with creating the shoes, the devlish appearing sneakers made some call for a boycott of Nike.

The lawsuit was filed on March 29, but in about 10 or so days, the two parties managed to come to an agreement.

“Nike and MSCHF have agreed to settle the lawsuit. As part of the settlement, Nike has asked MSCHF, and MSCHF has agreed, to initiate a voluntary recall to buy back any Satan Shoes and Jesus Shoes for their original retail prices, in order to remove them from circulation,” a Nike spokesperson told Entertainment Weekly.

According to Yahoo!, MSCHF has to buy back both Satan Shoes’ and its lesser-known angelic counterpart, “Jesus Shoes.”