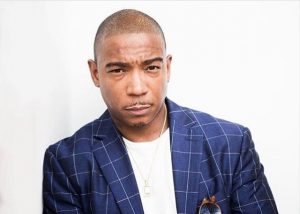 It seems like Jeffrey Atkins can’t catch a break at times. The rapper and actor that we all know as Ja Rule has been accused by the Internal Revenue Service of owing millions in taxes. After the news got out, his archnemesis, Curtis Jackson, also known as Hollywood executive producer and fellow rapper 50 Cent, clowned him in their never-ending feud.

According to Radar Online, Ja Rule and his wife, Aisha Atkins, owe the Internal Revenue Service over $3 million in taxes. Attorneys for the United States of America have filed a lawsuit that claims the married couple owes the country unpaid taxes from 2005 to 2010 and also for 2012 to 2017. The total owed from the duo is an astounding $3,139,237.76.

The Internal Revenue Service has claimed it has demanded payment for the aforementioned years several times and the rapper has, so far, refused to make any payments toward the hefty tax bill. It has asked the courts to enter a judgment against Ja Rule and his wife, Aisha, for $3.1 million. The Atkins haven’t responded but have hired his longtime attorney, Stacy Richman, to handle the case.

This is not the first time that Ja Rule has been in the crosshairs of the Internal Revenue Service. In 2011, the rapper and entrepreneur was sentenced to 28 months in prison because he had failed to file income tax returns for the years between 2004 and 2008. He had owed over $1.1 million in taxes during those years.

As he usually does whenever bad news hits Ja Rule, 50 Cent took to social media to clown him for his recent troubles:

Early in their rap careers, 50 Cent, who was shot numerous times but survived, pointed his finger at Ja Rule for the attempted hit. The two artists have thrown shots at each other throughout their careers.