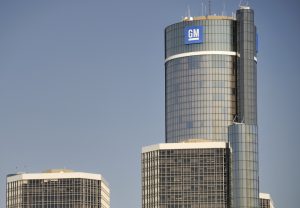 The Detroit Free Press also reported that the ad says “less than 0.5% goes to media companies owned” by African Americans, calling that “horrendous, considering that we as African Americans make up approximately 14% of the population in America and we spend billions buying your vehicles.”

In an interview with the Free Press last Sunday, Allen said that the Black-owned media group wants General Motors to allocate at least 5% of its advertising budget to Black-owned media companies. The newspaper also reported that GM’s spokesman—Pat Morrissey— stated in an email that the car company currently spends more than .5% of its media budget with Black-owned media. Although the specific figure was not provided, Morrissey reportedly said the number is increasing. It is “much higher than .5%.”

“We are requesting a one hour Zoom meeting with you and several of your key board members and us, the largest Black Owned Media companies in America, so we can resolve this very important issue and have a long-term partnership that’s mutually beneficial for General Motors and the African American consumers,” the ad reads, according to additional details provided by The Detroit Free Press.

CLICK ON DETROIT reported that General Motors said that the company is dedicated to increase diversity within its marketing and partner agencies. More information can be found via the link here.