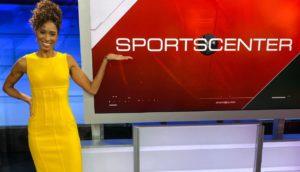 Los Angeles Lakers basketball player LeBron James created some dialogue when he tweeted a photograph of the latest police officer to shoot and kill a Black person, a teenager in Columbus, Ohio, and wrote: “YOU’RE NEXT #ACCOUNTABILITY.” Presumably speaking about being the next police officer charged and convicted in killing a Black person, in reference to Derek Chauvin being found guilty of killing George Floyd.

“Your current stance on policing is so off base and extreme. Your tweet that targeted a police officer in Ohio who saved a young woman’s life was irresponsible and disturbing. It showed a complete lack of understanding of the challenge of our job in the heat of a moment. You basically put a target on the back of a human being who had to make a split second decision to save a life from a deadly attack.”

He then offers to meet with James:

“I don’t know if this will ever reach you, but my hope is that one day I can sit down with you and talk. As a man of faith, I can have no hatred toward you. But I do feel I can help you understand the reality of the profession of policing, and that there is another side you need to hear.”

This caused a backlash toward Steele as Twitter users went at her for acknowledging that post from the police officer.

I read the letter and he’s missing the entire point, we know that the Job is hard no one questioned that, however what LBJ and millions of others are calling out are the the bad apples that this Deon guy fails to call out so he’s protecting the system and proving our point.

We never hear you speaking out about injustice .. ever

Theses people tolerate everything from racists to get white acceptance. Here is the same black woman, playing: “My white boyfriend touch my hair for the first time 🥰” pic.twitter.com/9QZyOLdojF

Is this coming from the lady that let a man pet her on the head on National tv?

didn’t you vote for ted cruz

Sage Steele been a c👀n, nothing new and nothing to see here, move along everyone! 😂😂😂😂

Performative. Try again sage. You been suspect for a while now

Sage is a trumper

If he’s that interested in change, he should probably talk to his fellow officers about the way they police black people. Why doesn’t he start with his fellow officers to educate them before trying to sit down with an athlete? Change starts from the inside!