ENGLEWOOD, Colo. — Sitting in a folding chair at the Denver Broncos‘ field house — an enormously proud dad on the periphery of the swirl surrounding his son — Patrick Surtain Sr. didn’t need much time to ponder the question.

Actually, he didn’t need any time.

“Was I more nervous for my draft day or his? His, no question. No question at all, not even close,” Surtain said with the widest of parental smiles. “And he knows a lot — a lot — more about what he needs to do than I did in 1998. I wish I would have known what he knows.”

Cornerback Pat Surtain II was the Broncos’ first-round pick in the 2021 NFL draft, No. 9 overall. And while most of the 259 players selected will have to learn how to be professional football players with more than a few bumps on the learning curve, Surtain II has an advantage.

He has been around the game, and all of the people in it, pretty much since birth.

Surtain was a 24-year-old, third-year cornerback with the Miami Dolphins when Pat was born. Surtain II began playing football when he was 5 and played for his father at American Heritage High School in Plantation, Florida, before being a three-year starter for coach Nick Saban at Alabama.

In short, Surtain II’s adjustment to the mechanics of a pro football career, both on the field and off, will likely be an abbreviated affair.

“I will always get advice from him,” Surtain II said of his dad. “He can always tell me my rights and wrongs. Go over tape and certain things like that just for me to get better. … [But with] my dad playing in the league, I have been around the National Football League from a young age. I took advantage to learn the game inside and out by being around him and being in the team locker room.”

Certainly Surtain II, at 6-foot-2-inches tall, 208 pounds with 4.42 speed in the 40-yard dash and 38 consecutive starts for the notoriously detail-oriented Saban, has the athletic qualifications of a first-round selection. But it is his maturity in combination with those physical gifts, the I-know-what-needs-to-be-done attitude he already has that got the Broncos’ attention in all of the pre-draft work.

“What really impressed us about Pat is intangibles, everything off the field,” said Broncos general manager George Paton, who worked with Saban for two seasons — 2005-06 — with the Dolphins. “He’s smart, he’s a great teammate, he’s great in the locker room and he’s great in the community. That’s really what resonated with us. When you turn on the tape, that’s what a corner should look like. … He can play man; he can play zone and he can press. He tackles and he’s physical. … When you watch Patrick, you can get bored because they never throw to him.”

Since 2002, the Broncos have selected one other cornerback in the first round of the draft, Bradley Roby in 2014. To select Surtain II this year the Broncos bypassed quarterbacks Justin Fields and Mac Jones as well as the draft’s best linebackers and edge rushers and one of the best offensive lineman. 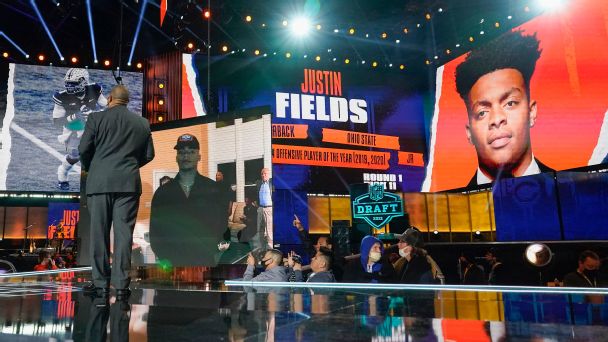 They did it because of Surtain II’s comfort level with the idea they were doing it. Even Saban, who is often publicly reminding his players they shouldn’t believe anything nice said about them in the public domain (he has called public compliments “rat poison”), couldn’t help himself about Surtain II in the weeks leading up to the draft.

“If you want to talk about accountability and responsibility, you’re not going to find anybody who does it any better than he does,” Saban said. “… He’s got great length, he’s got great size, he’s a good cover guy, he’s got really good feet, he’s smart, he understands the game, he understands the offense and what they’re trying to do. He’s always very well prepared … I think he’s going to have a great career.”

The Broncos flew Surtain II in Friday to visit their suburban Denver practice facility so he could meet the team’s coaches and personnel executives, including John Elway. Paton had essentially ordered all involved not to have contact with Surtain II in the weeks before the draft to veil the Broncos’ interest in him. And as Surtain II was about the wrap up that brief visit, his father thought about the idea that his son had just brought him to work for the first time.

“When I went through it, we didn’t have to see one mock draft after another, and there just wasn’t the buildup for weeks and weeks,” Surtain Sr. said. “It was a lot more quiet, and you just tried to be ready for what was coming. But he knows, he’s been around it, he’s lived around it and he prepares himself every day to be ready for it.”