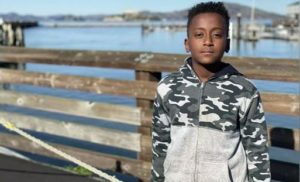 On April 10, a 12-year-old Colorado boy passed away after being on life support from a TikTok challenge.

On March 22, Joshua Haileyesus’s lifeless body was discovered after he choked himself doing the “Blackout Challenge,” BET reported.

Haileyesus’s family had set up a GoFundMe page to cover medical expenses but after 19 days, the campaign money is going toward funding the boy’s funeral.

“We would like to update everyone that this evening, after fighting the good fight on life support for 19 days, Joshua has gone off to be with the Lord. To everyone who has prayed relentlessly and shared our burden during this trying time, we thank you. Your prayers and your love have comforted us and we are grateful for your support. We will be sharing funeral arrangements in the coming days for those who are interested in attending,” the campaign’s description update reads.

“[Doctors] told me the bad news that he’s not going to survive, he’s not going to make it,” Haileyesus Zeryihun, Joshua’s father, told the news station, BET reported. “I was begging them on the floor, pleading to see if they can give me some time, not to give up on him. If I just give up on him, I feel like I’m just walking away from my son.”

The Blackout Challenge has been a trending topic for some time now, but its popularity tends to fluctuate on social media platforms like TikTok.

Taking some responsibility for the incident, TikTok offered the family its condolences.

“At TikTok, we have no higher priority than protecting the safety of our community, and content that promotes or glorifies dangerous behavior is strictly prohibited and promptly removed to prevent it from becoming a trend on our platform,” the company said in a statement last month, according to the Associated Press.

The “Blackout Challenge,” according to the GoFundMe page has “been around for years” but recently gained heightened popularity due to TikTok’s wide usage. During it, people are dared to choke themselves or hold their breath until they are unconscious.

The family is bringing awareness to other parents about the dangers of social media challenges.

“We are also concerned for other families who like ourselves, may not be aware of the existence of the Blackout Challenge and others like it,” they wrote on GoFundMe. “We urge the community to spend awareness about Joshua and the real risks involved in not having knowledge of what kinds of activities children are involved in.”

On TikTok, a search for Blackout Challenge will have no results.