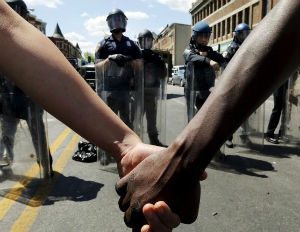 Baltimore City State’s Attorney Marilyn Mosby will no longer prosecute low-level offenses: drug possession, prostitution, minor traffic violations, etc.The decision was in response to a one-year experiment of limiting the spread of COVID-19 by making fewer arrests. Mosby believes that Charm City can function as a society without having a tough on crime agenda.

“A decrease in arrests, no adverse impact on the crime rate, and address the systemic inequity of mass incarceration,” Mosby said in a statement.

“The overall incarcerated population in Baltimore City is down 18% during COVID. There has been a 39% decrease in people entering the criminal justice system compared to this time last year,” according to the Department of Public Safety and Correctional Services.

“Today, America’s war on drug users is over in the city of Baltimore,” Mosby said. “We leave behind the era of tough-on-crime prosecution and zero-tolerance policing and no longer default to the status quo to criminalize mostly people of color for addiction. We will develop sustainable solutions and allow our public health partners to do their part to address mental health and substance use disorder.”